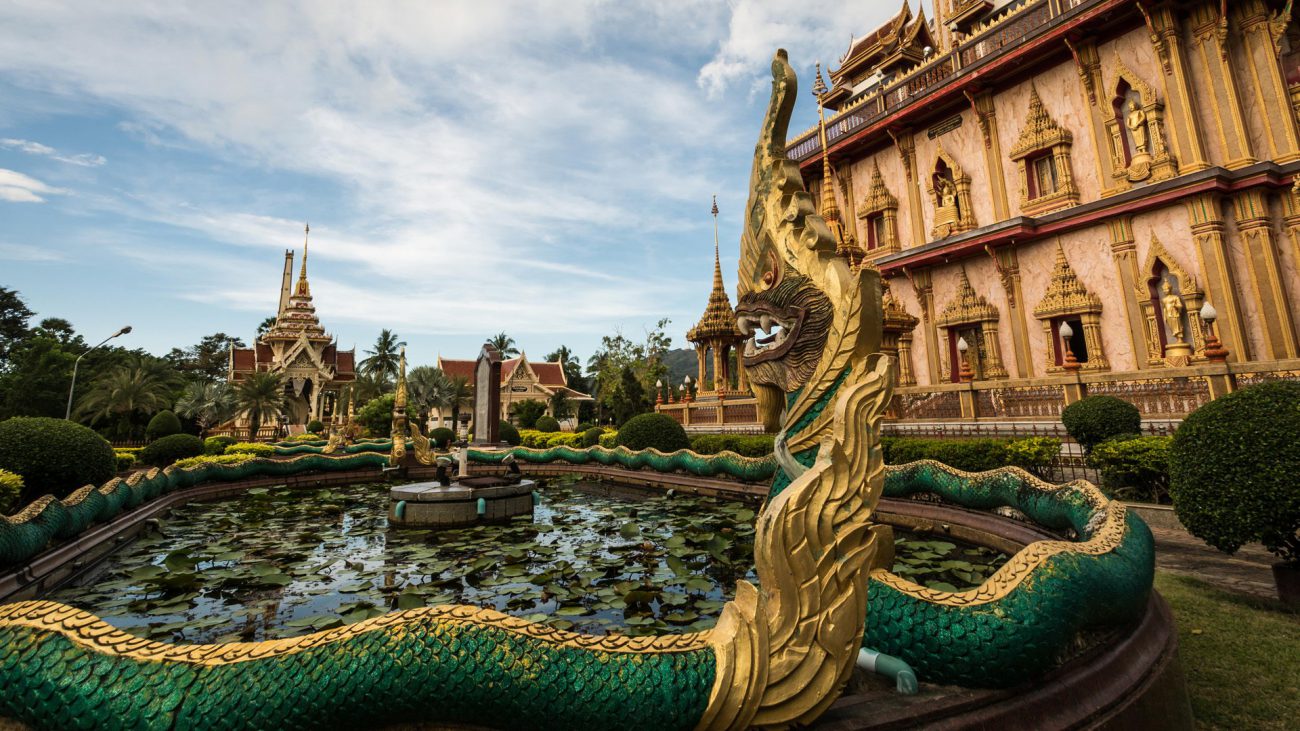 There’s a holy place not far away from AowChalong (Chalong Gulf) which the locals put their faith in and by-passers have to stop to pay respect to. This place is called WatChalong or commonly known as WatChaitaram, located in AmphoeMueng. It is considered one of the most notable temples in Phuket. There are two molded images of LuangPoh Cham and LuangPoh Chuang who are highly revered by Phuket people. According to the history, the abbot of the temple named WatSumbhotihan in Sri Lanka gave the Buddha’s relics which had been placed in a pagoda of Anurachapura, the former capital city of Sri Lanka to WatChaitaram.

Nowadays the temple is renowned for its holiness as well as the virtues of LuangPoh Cham since his valorous act against the Chinese rebellion named Ung Yi. He accommodated villagers and offered them white inscribed scarfs in order to mentally support the villagers. Finally, they defeated their rivals and LuangPoh Cham was promoted to PraKruVisudhiwongsajarnyanmunee by King Rama V. Not only LuangPoh Cham but also LuangPoh Chuang is highly renowned. The latter is truly famous for compounding medications from herbs. Despite his death, his virtues as well as his fame have been on until now.